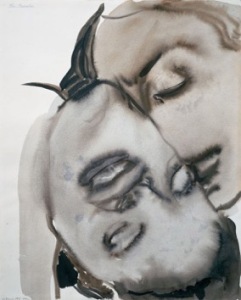 In her lecture ‘On categories: what we see and what we don’t see when categorising migrant youth’ Mazzucato discussed her research on youth with a migration background. She argued that especially large quantitative studies that tend to be most influential in affecting policy and laws on migrant youth, has been monolithic in the categories used. Studies on ‘migrant youth’ typically use categories based on ethnicity and generation. Yet such categorizations hide the physical mobility that many migrant background youth engage in. Transnational migration and mobility studies argue that such trips are important for youth’s sense of identity and feelings of belonging, yet such studies are small in scale, usually based on long-term recall, and have had little influence on the way that youth with a migration background are studied and data on them are collected in large-scale studies.

Mazzucato reflected on categories in migrant youth research and how this has shaped the production of knowledge. She offered some possible alternatives based on the integrated findings from the Mobility Trajectories of Young Lives: Transnational Youth in Global South and North project (www.motrayl.com). ​

Since the turn of the century, the discourse of othering of non-Western migrants has been growing in many European societies. And since 2015, refugees have become a quite visible component in this discourse. Although, for decades, the dominant image of refugees has been constructed as people ‘at risk’, new competing images of refugee men ‘as risk’ have recently gained ground. For refugee women, however, the image of being victims and ‘at risk’ still prevails. This shows a strong underlying gendered logic of feminine vulnerability and masculine threat. In this lecture, I show how these images are situated within the dominant Dutch discourse of migration with taken-for-granted taxonomies of the self and the other. Specific in this normalized discourse for refugee women is that their agency is either ignored or their possible position as an activist is not acknowledged to exist. Using examples from two studies in which my research team engaged with the method of narrative engaged research, I show the importance of this particular narrative method in unsettling the normalizing power of othering. The theoretical argument of this lecture engages with ongoing discussions on power and agency. It argues that, when the power of exclusion works through repetition and is manifested in the daily normalization of actions, agency needs to provide an alternative in the same fluid manner. Narratives in dialogue provides an illuminating angle for discussing this specific kind of agency, as I will show through some examples from research.

The Sarah van Walsum lecture of this year was delivered by professor Betty de Hart on Friday 20 September 2019, 15:45. The lecture, which is titled ‘Some cursory remarks on race, mixture and law by three Dutch jurists’, is also De Hart’s inaugural lecture as professor of Transnational Families and Migration Law at the Vrije Universiteit Amsterdam. The Sarah van Walsum lecture is the annual opening of the Master’s program in International Migration and Refugee Law and commemorates our late colleague Sarah van Walsum.

De Hart’s lecture addresses the question how race-thinking was part of the Dutch legal system and legal scholarship as a way to explore the ‘legal archive’. It discusses the legal work on race and mixture of three Dutch jurists: L.W.C. van den Berg (1845-1927), a colonial legislator who wrote the Mixed Marriages Act for the Dutch East Indies; W.F. Wertheim (1907-1998), professor in colonial law, who later distanced himself from the Dutch colonial system of which he had been part, and H. de Bie (1879-1955) who, as the first children’s judge in Rotterdam, worried about Dutch girls and their intimate relationships with Chinese men. This study argues that understanding our legal past (the ‘legal archive’) is crucial to further our knowledge about how race and mixture work in law today, and that such knowledge is vital for social justice.

Dr Helena Wray is Associate Professor in Migration Law. She has researched and published extensively, with a particular focus on legal issues in family migration. She is editor of Journal of Immigration Asylum and Nationality and has led or been involved in several research and consultancy projects. She led teams which provided expert evidence in two test cases heard in the Supreme Court, Ali and Bibi v SSHD on pre-entry language testing for spouses, and the key case of MM v SSHD on the onerous financial conditions to be met by the sponsors of migrant spouses and partners. In 2015, she was the lead author of a major report, commissioned by the Children’s Commissioner for England from Middlesex University and Joint Council for the Welfare of Immigrants and launched in Parliament, on the impact of the financial requirements in the family migration rules on children.  In 2013, she gave written and oral evidence in the House of Commons at the All Party Parliamentary Group on Migration’s Enquiry into Family Migration.

In her lecture Audrey Macklin introduces her research about private sponsorship of refugees. The overarching question driving the inquiry is this: how does making refugees into citizens remake the the citizenship of sponosrs? The lecture focusses on those aspects that touch on the confluence of family and state.  In her work Macklin embarks on empirical research to explore private refugee sponsorship from the perspective of sponsors, using a combination of surveys, focus groups and interviews. The research draws on three theoretical resources for conceptualizing private refugee sponsorship: cosmopolitanism as motive, privatization as mode, and active citizenship as effect.

Audrey Macklin is Director of the Centre for Criminology and Sociolegal Studies and Chair in Human Rights, Faculty of Law, University of Toronto. She holds law degrees from Yale and Toronto, and a bachelor of science degree from Alberta. After graduating from Toronto, she served as law clerk to Mme Justice Bertha Wilson at the Supreme Court of Canada. She was appointed to the faculty of Dalhousie Law School in 1991, promoted to Associate Professor 1998, moved to the University of Toronto in 2000, and became a full professor in 2009. While teaching at Dalhousie, she also served as a member of the Immigration and Refugee Board.

Legal change is often thought of as change from the top down – change brought about by new legislation, regulations, precedent administrative, and federal court decisions, or changes resulting from major impact litigation. Gender asylum in the United States, however, tells an unusual story of legal change from the bottom up, grounded, at least in significant part, in direct representation of women refugees. Deborah Anker will tell the story of gender asylum in the United States, which provides a counter-example of how direct representation can actually change the culture of decision-making and be an effective vehicle for meaningful legal change. At the same time, such representation, rather than disempowering clients, can create authentic and non-hierarchical relationships between lawyer and client.

Deborah Anker is Clinical Professor of Law and Director of the Harvard Law School Immigration and Refugee Clinical Program (HIRC). Author of a leading treatise, Law of Asylum in the United States, Anker has co-drafted ground-breaking gender asylum guidelines and amicus curiae briefs. Professor Anker is one of the most widely known asylum scholars and practitioners in the United States.

Global Social Protection: Protecting and Providing Outside the Nation-State Framework

In today’s world, more than 220 million people live in a country that is not their own. Nevertheless, the provision of social protection, and the policy-making that undergirds it, remains largely confined to the national level. How are people on the move protected and provided for in this new global context? Have institutional sources of social welfare begun to cross borders to meet the needs of transnational individuals? In this first Sarah van Walsum Lecture, Peggy Levitt (Wellesley College and Harvard University) introduces a new Global Social Protection (GSP) research agenda aimed at answering questions about which protections exist for transnational individuals, which protections can travel across borders, who can access these protections, and who is left out.

Peggy Levitt is Chair and Professor of Sociology at Wellesley College and a Senior Research Fellow at Harvard University’s Weatherhead Center for International Affairs and the Hauser Center for Nonprofit Organizations. She is also the co-director of the Transnational Studies Initiative at Harvard.